Bitcoin is Recognized as the Best Payment Solution for Online Casinos

Bitcoin, once a controversial cryptocurrency, has been recognized as the best solution for payments on the web, including online casinos.

This opinion comes from the Isle of Man’s gambling regulatory agency: since Bitcoin was named the best payment option for online casinos, its popularity has grown rapidly. Local authorities say that Bitcoin is potentially very profitable. Nick Williamson, the CEO of Credits, has been making an effort to register the blockchain technology on the island. In addition, local authorities have quickly changed the regulatory structure and passed a series of laws on cryptocurrency.

Many Bitcoin companies have had the opportunity to open their offices on this island without interference. Bitcoin has become extremely popular in this territory; locals can pay with this currency in cafes and restaurants, as many of them are equipped with QR code readers to accept Bitcoin.

The Isle of Man has become home to numerous online casinos, gambling and lottery companies as of late. Dozens of gambling websites are registered in this territory, so it is not surprising that the cryptocurrency has become so popular in the gambling industry.

Mark Rutherford, the deputy chief executive of the GSC, commented on this news. According to him, the body, in cooperation with the Isle of Man’s treasury department, has approved a series of amendments to the country’s existing gambling regulatory laws. As a result of the amendments, Bitcoin has been recognized as an official currency equivalent to the national currency and other free market currencies.

It is possible that Bitcoin will soon be widely used in many online casinos. However, the top websites have so far been somewhat reluctant to switch to Bitcoin and continue to offer only traditional currencies, such as Dollars or Euros, as means of payment. 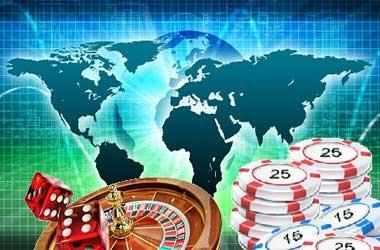